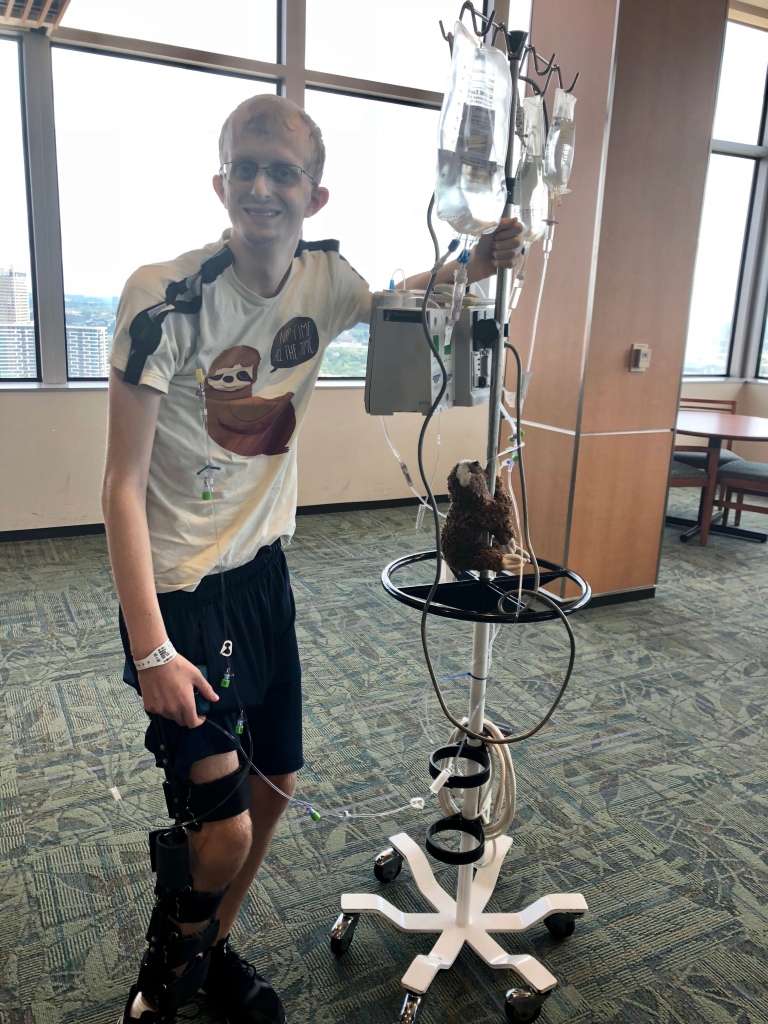 A year ago at MD Anderson with Robbie while he received the harshest chemo yet. This chemo wasn’t used sooner for fear that he wouldn’t survive or that it could leave him too weak for other treatments. At this point the cancer had such a grip on him, the doctors later told me, they didn’t expect him to live longer than a couple weeks.

Instead, Robbie started to feel a little better and have less fluid in his lungs, although the scans kept showing more cancer growth. It was short lived, because each treatment with this chemo knocked him further down and eventually it stopped helping him and became too dangerous to continue. ❤