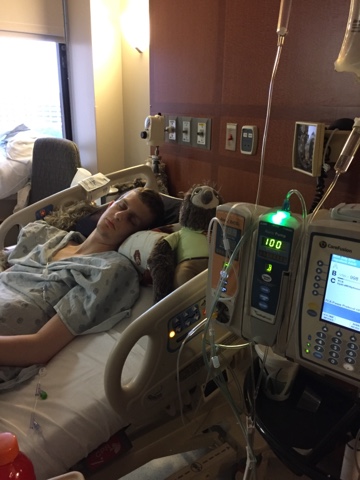 Robbie is resting after having a painful PT session. They are pushing down hard on his leg to try to keep it straight.
Dr Lin just stopped  by and explained the surgery the same as he told us yesterday. He made a couple cuts on the inner tendons and then he did a manipulation by pushing his leg straight while breaking up scar tissue. Dr Lin hopes this works to avoid the more risky surgery  to remove scar tissue from his prosthetic leg. He will also have more PT sessions.
They have his leg strapped in a brace to keep it as straight as possible. The problem is the scar tissue can reform and keep trying to pull the leg into a bending position again. It is going to take a lot of PT and pain for Robbie to work on keeping his leg straight.
Later: Robbie is awake, had some pain meds, and wearing one of his Velcro chemo shirts. 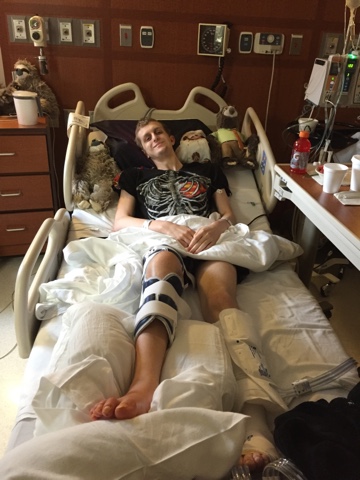